How To Handle A Child Custody Case The Right Way

Child custody cases, whether they result in disputes or agreements, can be tricky to navigate. There are a handful of things you need to do as you address the situation, and a child custody attorney will help. You should also pay attention to these three issues.

Keep the Other Parent in the Loop

Barring extreme circumstances, the court is going to grant some level of visitation and probably joint custody to your former partner. No matter how you feel about the end of the marriage, it's best to allow them to have access to the child and try to set up parent-child time before a legal agreement is put in place.

If you have legitimate concerns about the possibility of abuse, a restraining order can be sought. Bear in mind that a protective order will only be temporary until the court can review the expressed concern. Do not misuse the system to get back at an ex because the court will frown upon this when the final child custody ruling comes down.

Nothing draws the ire of the courts like people missing court dates. If you have work scheduled for that day, inform your employer that you need to be in court. An officer of the court can provide you with a written excuse if one is required. If you're dealing with a problem that can't be rescheduled, your child custody attorney can make a motion for a new date. Within reason, the court will try to accommodate you.

Focus on the Child's Best Interests

A core tenant of American child custody law is that the child's best interests come first. If one parent is in a better position to provide for a kid's education due to being close to a preferred school, for example, the court will consider this. The idea of the child's best interests covers a lot of territory, including being raised within their family's religious and ethnic traditions. Notably, financial issues will be addressed during support hearings, and they're not normally a component of custody.

In most states, the court will allow older children the chance to state their preferences for staying with a parent most of the time, with somewhere around age 12 being the most common time when this kicks in. If a kid is too young, they may have the option to state this preference when they get old enough. 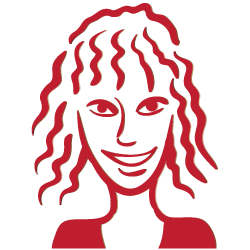 Over the years, I have learned several lessons the most difficult ways possible. One lesson that I have learned is to never try to handle legal issues without legal representation working with you. I have faced fines and penalties that could have been greatly reduced had I hired an attorney to represent me in court. This blog will show you several ways you could benefit from paying for the legal fees associated with hiring an attorney anytime a legal issue may arise. You will also find examples of how things can go terribly wrong if you don't hire an attorney.